is new again!  You'll recall that my iron just up and died for no good reason sometime last month.  So I had to use the "backup" iron.  This is the backup iron. 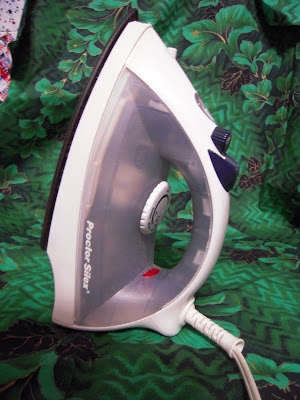 You see that little chunk missing from the top?  I dropped it accidentally, once. 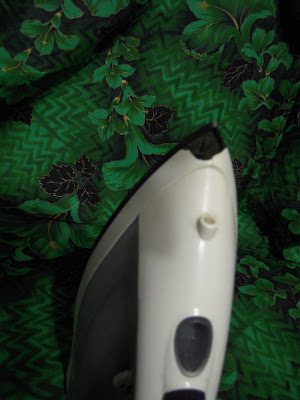 There is also an annoying groove opening between the faceplate and the plastic cover along the side.  All kinds of stuff gets stuck in there and it catches the edge of my fabrics, too.  Especially triangle points which promptly accordion on me. 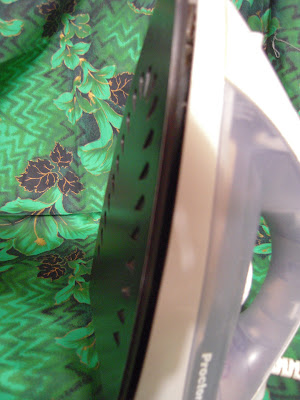 It's a steam iron.  It spits water and if you leave it sit too long, the water leaks out all over everywhere.
So, I decided I needed a new iron.  I didn't want another Walmart special (that's what this one was) and I didn't want a top of the line like Oliso or Rowenta.  Besides being too expensive, sometimes the hubby borrows it (need I say more?).  I wanted an iron like my mom used to have.  No steam (I burn my fingers), heavy metal faceplate, all in one piece with a really strong cord and, if dropped, it was more likely to go through the floor rather than break.  In other words, I needed a new, old, iron.  I've been searching for a couple of months but all the old irons I found either had frayed cords or the faceplates were pitted or rusted and some had nicks around the edges.  A lot of them didn't even look like they would heat up.  But I found one today - literally!
See my new iron? 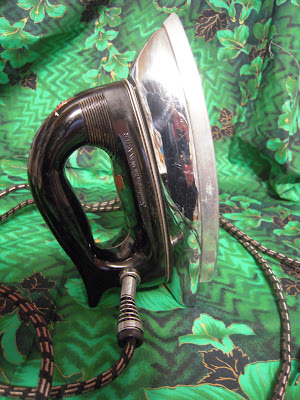 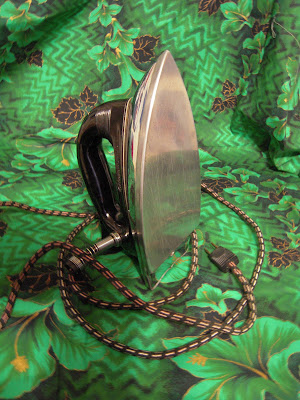 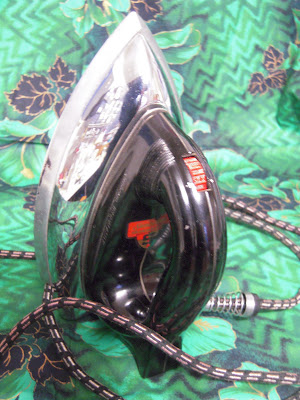 It's a Sunbeam, made in the USA.  It does not steam.  It has settings for silk, wool, cotton and linen.  It takes a little while to heat up, but it holds the heat even after you unplug it.  It has a heavy cord.  The faceplate is clean with just a few light scratches which is to be expected.  It is still shiny.  There is no grooved opening along the edge.  It is smaller than the iron I have been using but a lot heavier. 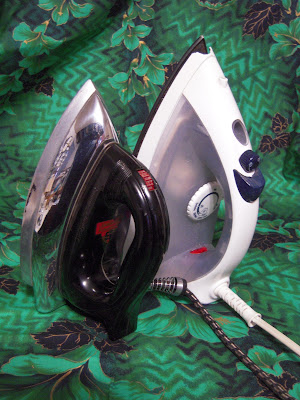 I found it!  St. Vincent's Thrift store has a new manager.  She has been going through the store and throwing stuff away.  Anything that has been on the shelf too long or in storage too long or whatever she deems unsaleable, she throws out.  This iron was thrown away!  I never saw it on any of the shelves (and you know I go at least 2-3 times a week).  I am on an iron high, LOL!

Love from Liri
Posted by Liriopia at 7:27 PM 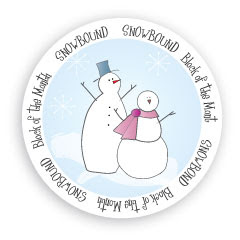 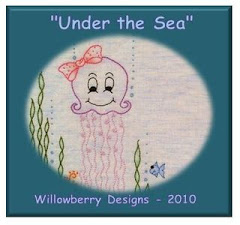